Before I was born my family nearly moved house but my big sister rejected the new house my parents had chosen because it did not have any ‘good climbing trees in the garden’. Consequently, I grew up in a house with a garden that had two huge wild cherry trees growing side by side at the end of it.

In late summer I would sit on the lowest bough of one of the trees and feast on the tart cherries with the woodpigeons, pretending to be a feral child surviving in the woods, but unlike the pigeons I spat out the stones. Sometimes if I were feeling brave I would copy my older siblings and climb onto a higher branch and then swing down over the garden fence into the playing fields below. (We could’ve just used the gate, but where would the fun have been in that?)

In the fields more arboreal adventures were to be had. In the westerly corner of the nearest field there was a patch of self-seeded sycamores. I say self-seeded, but they were probably aided by generations of children spinning and scattering the helicopter seeds through the air. The sycamores concealed a gap in the wire fence that bounded the access road to the fields. Together they provided a hiding place and an escape route not only from each other but also from a menacing figure known only as ‘The Groundsman’ who would occasionally pop up and chase us off the fields, insisting they were for private use only. They were not.

In the field furthest from our house there was a crumbling Victorian pavilion that was almost certainly haunted and behind that was an enormous horse chestnut tree. Such was the lure of conkers that we would trespass through the pavilion’s overgrown garden, braving broken glass, cobwebs, ghosts, stinging nettles and the prospect of The Groundsman, to obtain the autumnal treasure.

But my favourite trees were the ones that grew in a thicket between the two fields. I’ve often wondered whether this thicket, with its veteran coppiced ash tree and profusion of holly and hawthorn, was a remnant of an old hedge from the fields’ former existence as a farm. Each time I passed through the gap in the thicket from one field into the next I imagined that I was stepping back in time or else slipping into a faraway realm.

Even when the fields were used for sport each week there was always an element of wildness about them, partly no doubt due to my imagination but also because of all the trees. But in the last 15 years or so, since the site went up for sale and ceased to be maintained, it has got even wilder. These days, buzzards are frequently spotted on the goalposts, while badgers have set up residence beneath the rugby pitch.

I have gathered these early tree memories as a small contribution towards The Charter for Trees, Woods and People – a joint initiative from 50 organisations, including The Tree Council and many of its member organisations (The Woodland Trust, RSPB, the Ancient Tree Forum) to put trees back at the heart of our lives. The project aims to collect as many tree stories, thoughts and memories as possible to help remind us all just how much we need and value trees.

The Tree Charter is due to launch on 6th November 2017 to coincide with the 800th anniversary of the Charter of the Forest, which enshrined the rights of the people to access and use the Royal Forests for things like gathering firewood, foraging for food or grazing animals. We may not depend directly on the woods for our livelihoods anymore, but we still need woods and trees to survive – they clean the air we breathe, cool our cities, protect our homes from flooding, and make our lives that bit greener and wilder. Sadly, our trees are facing threats like never before, threats from climate change, pests and diseases and planning developments and sadly, too few are being planted to replace the ones we’re losing.

And this brings me to the other reason why I have chosen to set down these tree memories today. Earlier this summer, Birmingham City Council voted 6 to 4 in favour of approving a housing development on Ravenhurst Playing Fields in Harborne, despite years of campaigning by the local Friends group and a petition signed by over a thousand people. 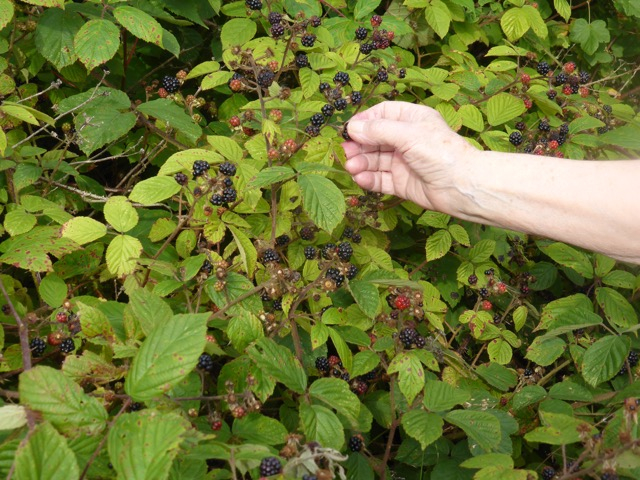 Last week, I spent a day foraging for blackberries on the fields on what may turn out to have been my last ever adventure there. The blackberries were sweeter than wild cherries, more fun to collect than sycamore seeds or conkers, and all the while I picked, I looked over my shoulder for signs of The Groundsman.

So these are my earliest tree memories, but I’ve had many more since and intend to go on making many more new ones. Do you have any memories or stories involving trees? Could you share them with The Tree Charter?

One thought on “some memories of trees”

An afternoon stroll through Avenue Orchard.
Sowing more dauntless dandelions to make up for all the ones we pick.
Snow Goose Cherry tree 🌳 blossom🌸(Prunus Umineko) on my street.
Cherry Blossom🌸 love
The apricot blossom🌸 in Avenue Orchard is looking glorious.
Sunset on my road silhouetting one of the snow goose cherry trees.
Loading Comments...
%d bloggers like this: