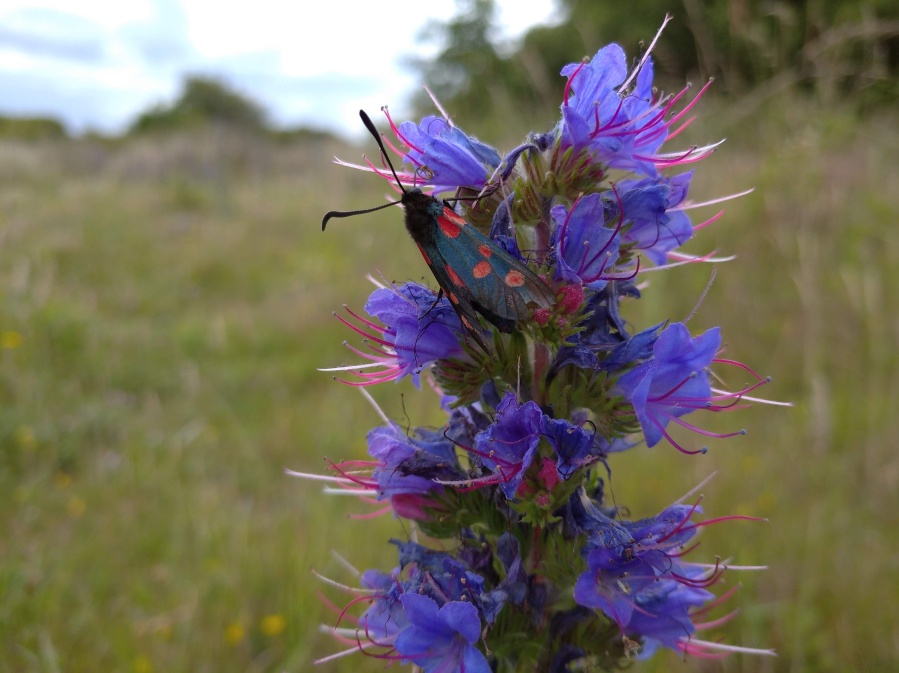 We didn’t mean to have a wild, epic adventure through brambles, stinging nettles, rocks, sand dunes, a golf course and deep muddy puddles with two small children and a pushchair. But if we had not done so then I would not have seen so many beautiful wildflowers, including my first ever orchids…

It all started when we drew up at the wrong car park. We were on our way to Saunton Sands in North Devon on the day of our holiday on which BBC Weather had forecast the lowest chance of rain. The girl in the car park ticket booth told us that the beach was a 25-minute walk away, and being plucky outdoorsy types, we decided to walk it rather than risk 10 more minutes of driving along winding country lanes with a carsick two-year-old in the back.

It took us an hour and a half. I blame this mostly on the walking pace of little legs, combined with the need to carry the pushchair down steep, narrow paths, and over inaccessible rocky or muddy terrain for much of the way. But still, we might have made it in slightly better time had I not spent so much time gawking at the wildflowers.

It was like a dream. We passed alongside hedgerows whose tangled margins were dense with Yellow Rattle, Evening Primrose, Yellow-wort and Kidney Vetch, and through meadows peppered with Opium Poppies, Common Restharrow, Self-Heal, Common Centaury, and Black Meddick. Here and there, the grass on either side of the path was punctuated with spikes of Viper’s Bugloss, which seemed to become a deeper shade of indigo the closer we got to the sea.

Best of all, I saw my first ever orchids. The ones with tapered purple flames were unmistakably Pyramidal Orchids and I think the other(s) were either Southern Marsh and/or Broad-Leaved Marsh Orchids, but I’m open to alternative IDs from more experienced botanists (sorry for the dreadful photos). Orchids are wildflowers with a mystical, magical quality and I was surprised and delighted to see so many poking up through the long grasses and sedges. 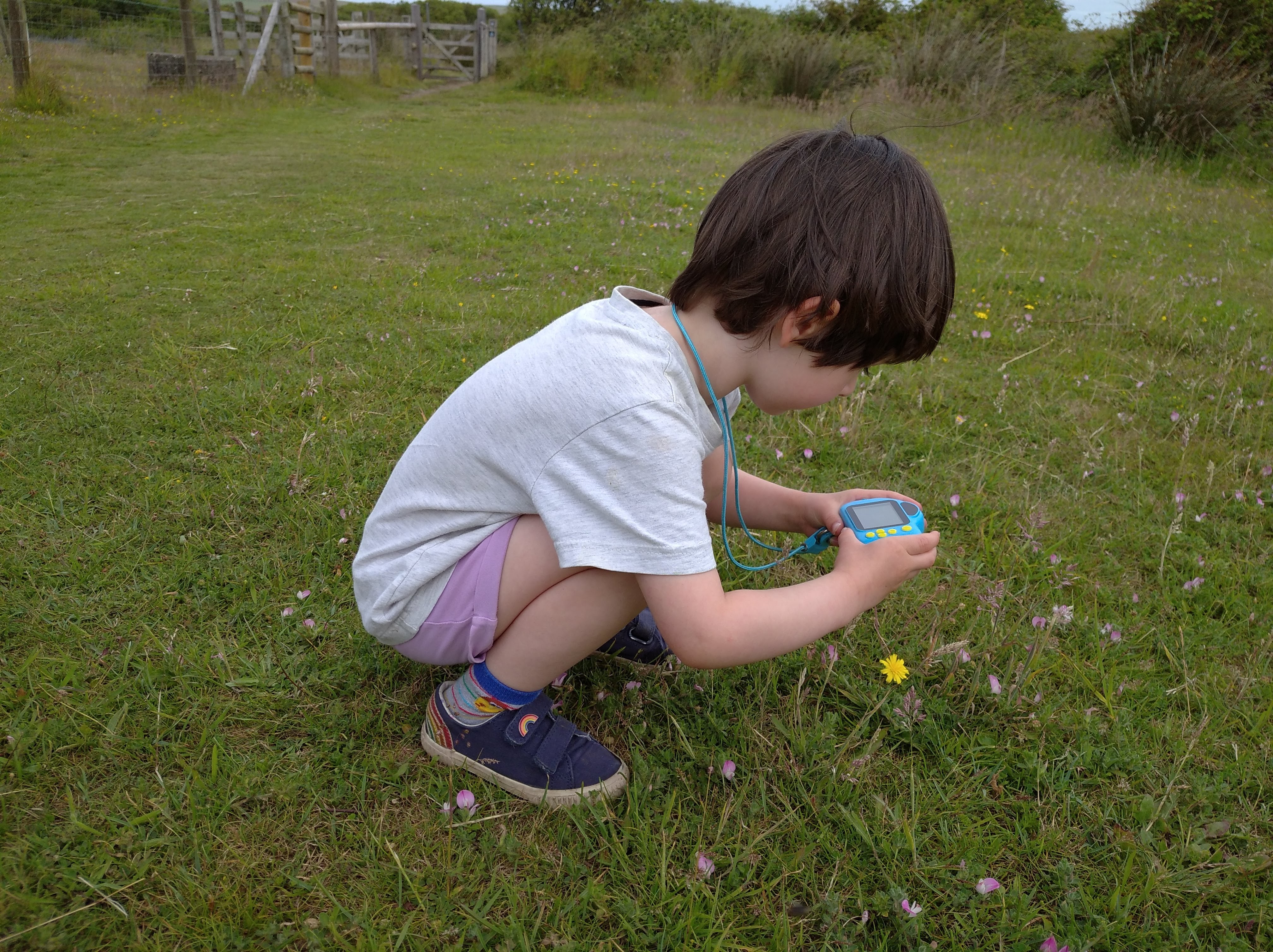 The girls were angels. They hardly complained at all. Gwendolyn even crouched down to photograph a dainty yellow Hawkbit on her digital camera. And Mr Rixon was very understanding of my need to dawdle. After all, could he walk through fields of drumkits, cricket bats and classic vinyl albums without stopping?

When we finally got to the beach it was drizzling and there was a cool breeze blowing in from the sea. The only other people there were surfers and dog walkers. We put on extra layers and began to build sandcastles. The girls paddled in the sea and collected water for a moat in their seaside buckets, shrieking with laughter – until the tide came in a little quicker than expected and knocked them both off their feet. I managed to pick them both up but had to wade back into the sea to retrieve their trusty seaside buckets. 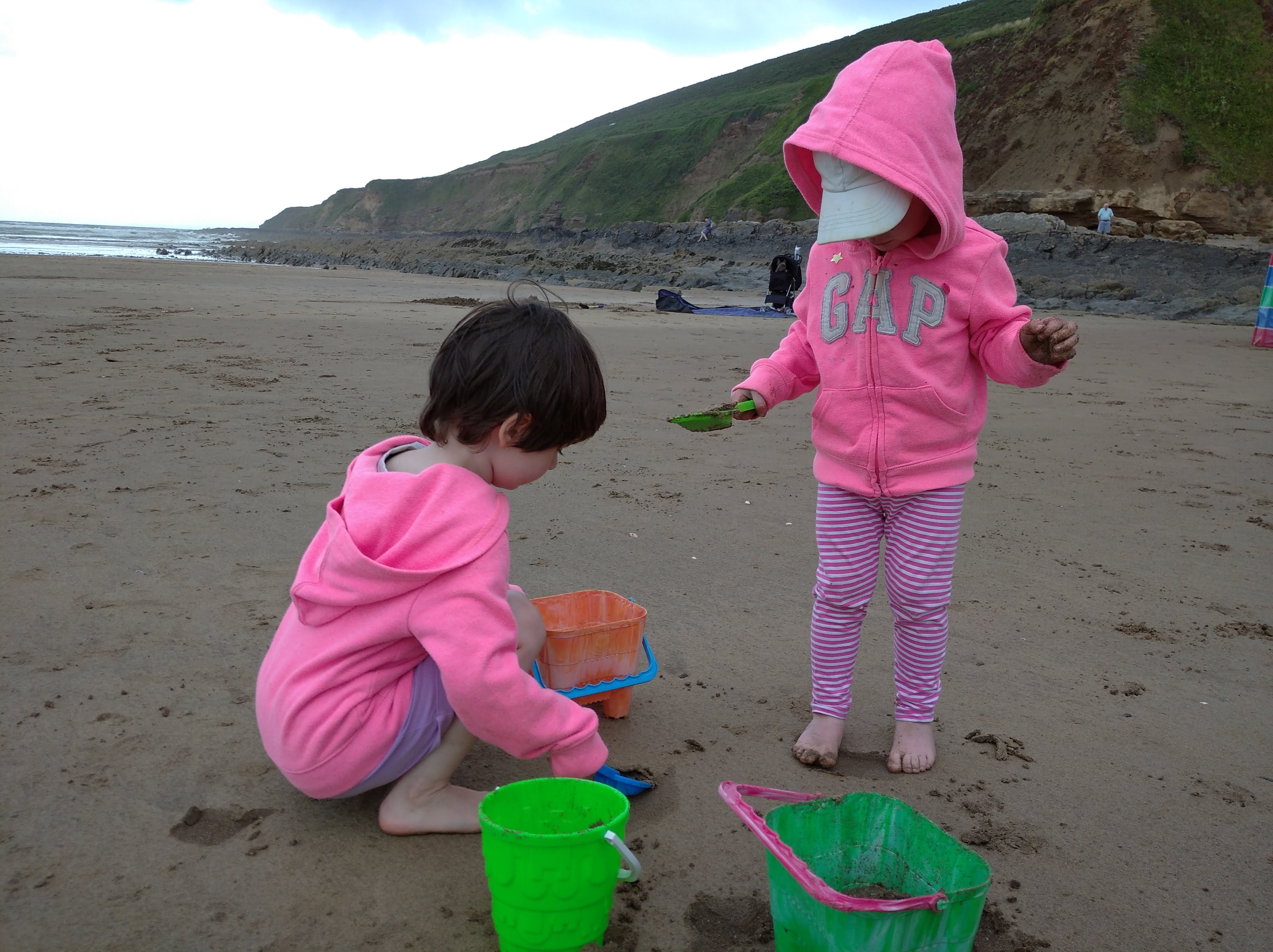 They perked up quickly with a change of clothes and a hot meal in the seaside café, which I was grateful to discover had vegan options.

Now there was just the small matter of how to return to the car. There was no way we were going to attempt the same journey in reverse, and we decided that it would take too long to send Mr Rixon back alone to drive the car to the nearer car park.

So, we walked along the compacted sand by the side of the tide, the girls taking it in turns to have breaks in the pushchair or race alongside wet salty dogs. It was still a longish way up and over the sand dunes, with a few deep puddles to negotiate, but this was easy compared with the narrow brambly paths of the morning. 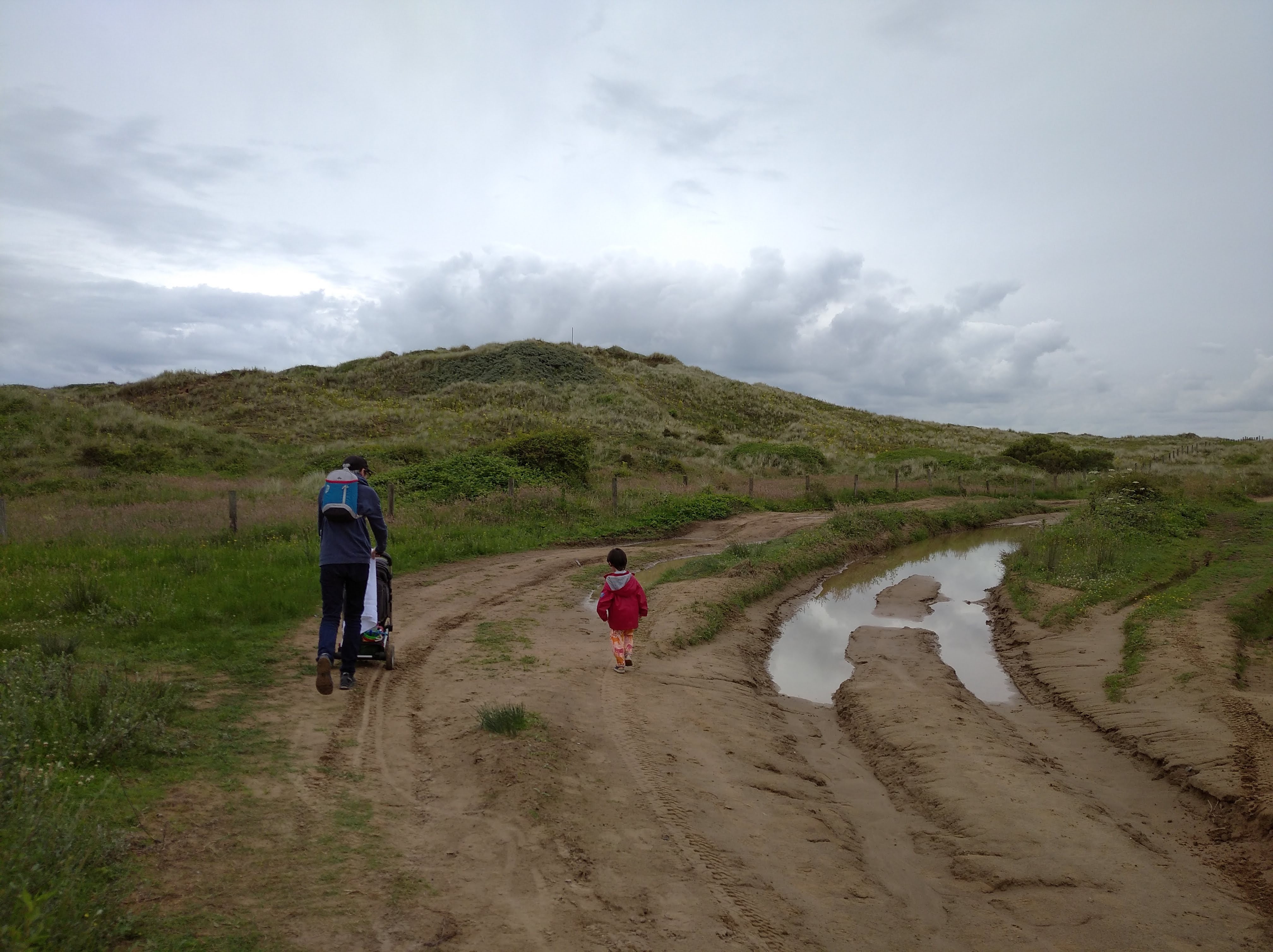 Wildflowers were in abundance here too. I greeted the orchids, viper’s bugloss and primroses like familiar friends as we raced over the dunes, slowing momentarily when the orange flash of a Scarlet Pimpernel caught my eye.

No need to worry about any backseat vomiting on the way back to our holiday house. Two little intrepid coastal botanical explorers fell fast asleep.

2 thoughts on “Flowers by the sea”

An afternoon stroll through Avenue Orchard.
Sowing more dauntless dandelions to make up for all the ones we pick.
Snow Goose Cherry tree 🌳 blossom🌸(Prunus Umineko) on my street.
Cherry Blossom🌸 love
The apricot blossom🌸 in Avenue Orchard is looking glorious.
Sunset on my road silhouetting one of the snow goose cherry trees.
Loading Comments...
%d bloggers like this: